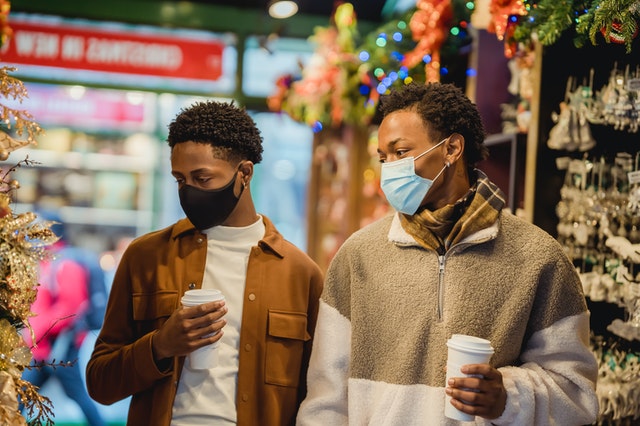 The year 2020 will certainly be marked in our memories as one of the most challenging of the century. The pandemic has brought unique struggles that are testing the church’s steadfastness to its mission of proclaiming the Gospel. When the ordinary conduct of worship services around the world is so disrupted, it raises some questions about the preparedness and adaptability of this most sacred institution. As is the case with secular institutions, every aspect of the church’s operations is affected; nearly every ministry is redesigned to adapt to new conditions. Governments around the world are facing unprecedented challenges that lead them to enforce unpopularly drastic regulations on every organization. Churches are no exception, and many feel governments have stepped into sacred ground… uninvited. Services are forced to be conducted online or in person with physical distancing measures that cause discomfort, impatience, or revolt on pulpits and in pews.

I do not presume to know the difficulties all the churches around the world face in their respective communities, yet it seems some church leaders are caught up in seeking to defend against the violation of their constitutional rights by their government or exposing shady conspirations by powerful forces vying for global domination. It is to wonder what happened to being citizens of Heaven. If there were any dark forces attempting to distract the church from its core mission to proclaim Jesus and train believers to follow Him, it seems many have taken the bait.

One argument some Christians have held to justify a spirit of disobedience is the violation of their constitutional rights by their government. They are on a war path to protect their constitution and even see in the biblical teaching (John 8:36; Gal 5:1) a ground for celebrating freedom as championed by the West. However, the freedom taught in Scripture is Christocentric and should not be merged with the Anglocentric notions from western history and geopolitics. While the latter emphasizes self-determination for self-satisfaction, the former aims for divine satisfaction and often commands dependence of the individual on human authority figures (governments, husbands, parents, pastors and masters). If Paul and Jesus were referring to freedom from men as the western world idealizes freedom, then none of these spheres of authority would be acceptable. Indeed, the entire letter to Philemon would sound very different with a rebuke to Philemon for keeping a fellow Christian as a slave. So, what is this fever of hailing earthly individual rights rather than maximizing the time in celebrating and proclaiming our constitutional privileges in the kingdom of Heaven? We are now children of God by virtue of the shedding of the pure and prefect blood of Jesus Christ. Faith in Him has granted to us untold privileges and blessings. What breaking news on any media outlet is greater than this? The Gospel is gospel all the time. The goodness of this News never fades because of circumstances. The divine law fulfilled by Christ is absolute (Mat 5:18; 24:35; Psa 102:26; Isa 51:6; Luk 16:17; 21:33), but no constitution on earth is. Public health emergency, as we are facing today, is compelling ground to restrict liberties guaranteed by the constitutions. That is the very purpose of the Emergencies Act in Canada; to determine the special temporary measures that justify amendment of application of the Canadian Charter of Rights and Freedoms and the Canadian Bill of Rights. That’s right, these civil liberties are not absolute, but our liberty in Christ is! No emergency will limit it.

The question however is, “Why are some so fixated on these earthly privileges?” Part of the answer certainly is that they are taking these privileges for granted, as though they were owed to them. The majority of people on earth today are not at liberty to make the same demands. But the most relevant answer is that they have departed from the heart of the Law of God: the love of their neighbour. The absence of compassion in their discourse is glaring. The background of their quarrels about their liberties is the suffering and death of the most vulnerable groups in their communities due to the worldwide spread of a virus. Maybe the decision to disregard the seriousness of this pandemic mostly comes from those who were not the most affected. If this is true, maybe also God is sending the new Brazilian strain to even the odds and wake us up. Now healthy young individuals, even in their 20s, are severely effected and some left with permanent damages. Regardless, what should it take for Christians to show compassion? Why can’t we understand that governments struggle to manage a pandemic nationwide and worldwide. Obviously, their goals are different than those of the various communities they serve. Whether their measures work as intended or not is another question. But they do the best they can, and their challenge is far from easy; they aim to fight the spread of a serious disease while satisfying every community in the nation without causing the collapse of the economy. Haven’t we learned from the many heads of states who have so ignored the seriousness of the disease that they ended up grievously afflicted (China, US, Italy, Iran, Brazil) and became superspreaders worldwide? We learn every day about COVID-19, and there is still a lot that is unknown. Yet many Christians are adamant about things of which they know so little by picking their most trusted experts on the other corner of the globe. The virus doesn’t even touch every community the same across the world and each of its many variants brings its share of new challenges. Why should the church add to these difficulties? Shouldn’t we instead champion compassion and walk the extra miles in light of the call to increasing restricting measures?

Some may perceive in my words a call to bend to every whim of government restriction on the church, but far from it. We have many hills we should be willing to die on - putting on a mask and keeping 6-feet apart should not be one of them. But the church should be the first to show compassion when a call to protect the most physically vulnerable among us is made. Are we so entitled to freedom that we would rather risk the lives of those who are most susceptible to perish because of a contagion? I can choose to risk my life for my neighbour; that is praiseworthy and that is what the frontline health care workers are doing. But should I risk the life of my neighbour for my comfort? This is what some churches (a minority of them, by God’s grace) are doing. Whatever fills our hearts will come out when restrictions, such as those we face amid the pandemic, press against our physical comfort. Wouldn’t it be great if when pressured to adapt, the church spills out the Gospel of Jesus Christ? Consider Paul for example. When Paul was arrested for preaching the disturbing message about Christ (Act 21:27-36), and was asked to justify himself, he evangelized his audience first. When he used his Roman citizen’s right to be tried in Rome (before the emperor), he left along the way a trail of Gospel seeds that fell on various grounds. The epistle to the Philippians is a beautiful display of the move of the Spirit resulting from his focus on his mission. This was God’s plan all along (Act 23:11). We too must remain undistracted and preach the Word when we have the floor on the world’s stage.

There is in addition a martyrdom complex growing in the ranks. I know we are eager to see ourselves brave in the face of persecution, but this is no persecution, and the mask is not the mark of the beast! Maintaining a 6-feet distancing is hardly the state-of-the-art tool of torture of the governing authorities. We are not being targeted; the social distancing measures have an impact on everyone. Granted, the measures apply to various segments of the economy differently depending on various factors. Churches fall in categories of restrictions that are less enviable than other types of organization and some claim unfairness. Is it our dignity that inspires us to seek the same restrictions as bars and pubs? Aren’t the businesses and malls and government buildings subject to restrictions also? Why are we so self-centered that we think the whole pandemic is the first step to more control over the Church? Conspiracy theories are not helping. Cries about violation of rights and resistance efforts against temporary government regulations are distracting the church from its mission (and the government from its effort to fight the pandemic). Some spend more energy on complaining or conspiracy theories than they would have needed on applying the social distancing measures in ministering the Word to their flocks.

Focus, brothers! Do not let the devil change the subject. Preach Christ whenever the floor is yours during these trying times. Whether you agree with me or not in regard to social distancing in the church, for the Lord’s sake, preach Christ! Sin is the very reason Christ died; we will always have conflicts and disputes on this earth. They are the perfect reason to introduce or reiterate Christ to the public. God bless.

The 1879 Revival in the Margaree Valley Baptist Church (Part 2)

The 1879 Revival in the Margaree Valley Baptist Church (Part 1)