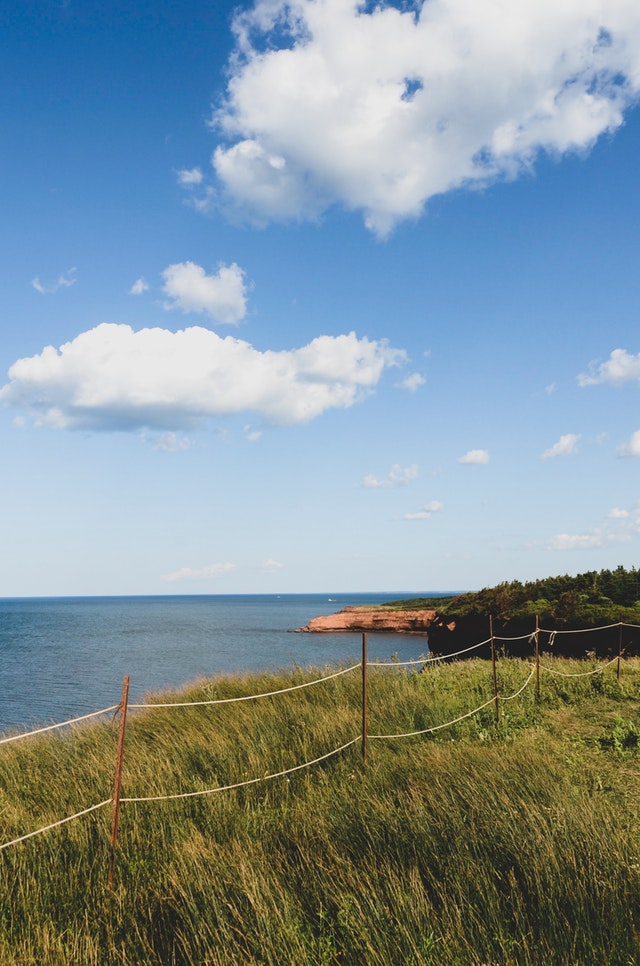 Its hard to argue against the fact that the moral landscape has been shifting at a dizzying pace. Neither is it an exaggeration to say that what it is to be human is being reinterpreted before our very eyes. The biblical categories that have been broadly accepted by Christians and non-Christians regarding human sexuality are being challenged and overturned at a rate that scarcely allows us to find our feet.

Such is currently the case here on Prince Edward Island, where recently the Department of Education, at the close of the school year, proposed a series of recommendations as to how those struggling with gender issues can feel more integrated within the school system. They write:

To create this environment, an understanding of issues related to diverse gender identities, gender expression and sexual orientation is vital. This understanding will ultimately ensure that staff and students with diverse gender identities, expressions and sexual orientations are afforded equal access and opportunities as their cisgender and heterosexual peers and colleagues in all aspects of student life.”

These proposals are outlines in a document entitled, Guidelines for Respecting, Accommodating and Supporting Gender Identity, Gender Expression and Sexual Orientation in our Schools. They have called for input from the public before finalizing these proposals.

There are many areas of significant concern for those holding to a Christian worldview regarding sexual and gender identity. But here I want to highlight two in particular.

The first area of concern is the binding of conscience to conform to the preferred gender designation of the child.

They write, “Intentional and constant refusal to acknowledge and respect a student’s gender identity by not using their preferred name(s) and pronouns(s) is be a form of discrimination.”

With these statements, government would be compelling people to violate their sacred conscience for something they believe to be untrue. Simply put, they will be in position to brand parents and students who don’t agree as a matter of conscience, bigoted and discriminatory.

Overnight, families will be cast in the same light as the racial bigots in the “Jim Crow South” of the United States.  The question is what will this do to schools, families and communities in the days to come when we begin to see one another through those lenses?

The answer is plain to see! Islanders will be pitted against one another by having to chose which side they are on.  And if they do chose to come down on the side of traditional views of human gender and sexuality, they have immediately put their careers on the line, all because of manufactured categories that simply didn’t exist a short time ago.

The second major area of concern is what this does to the parent/child relationship.  The proposals removed the parent from the process the child undergoes in coming to these conclusions.  Again the proposals state:

It is important to protect a student’s personal information and privacy, including, where possible, having a student’s explicit permission before disclosing information related to the student’s sexual orientation, gender identity, or gender expression to peers, parents/guardians, or other adults in their lives.

What these proposals do is to drive a wedge between the nurture of the parent and the choices of the child. It removes the much-needed influence of a caring and mature adult in the child’s early and most formative stage of development.

But it isn’t just parents who are being marginalized here. If you’re a pastor or church leader who is called upon to proclaim the life-transforming power of the gospel in these very areas, and provide the spiritual and biblical direction that is so fundamental to the child, you too are implicitly told to step-down and leave the development of the child to government.

On proposal states, “No student or family should be referred to programs which purport to ‘fix,’ ‘change’ or ‘repair’ a student’s sexual orientation, gender identity, or gender expression.”

The Department of Education seeks to equate the biblical view of sexuality and gender with racial bigotry. Federal Justice Minister David Lametti recently explained the reason for the government proceeding with a ban on Conversion Therapy, saying: “Conversion therapy is premised on a lie, that being homosexual, lesbian, bisexual or trans is wrong and in need of fixing. Not only is that false, but it also sends a demeaning and a degrading message that undermines the dignity of individuals.”

Let those words sink in! The justice minister say that what the Bible explicitly states as true is “premised on a lie.” Paul says in 1 Cor 6:9-11 that not only are these practices wrong but that those practice do such things can be changed by the power of the Gospel. The School system seeks to prejudice society against the very Word of God!

A Hill To Die On?

Is this a hill to die on for Christians? I believe it is.

Greg Koukl has recently written, “We are being besieged by a worldview that is completely foreign to Jesus’ view of reality. According to this view, reality is not “out there” in God’s world, but “in here” in the internal world of feelings and personal beliefs.”

For those in our care who struggle with these issues, abandoning them to the spirit of the age would violate the most sacred trust we hold with our people.

What’s at stake is God’s truth. It is creation truth that God has declared for the good of mankind and the revelation if His glory. To yield here is to put society in the driver’s seat in defining reality itself, a prerogative, we believe, God reserves for himself.