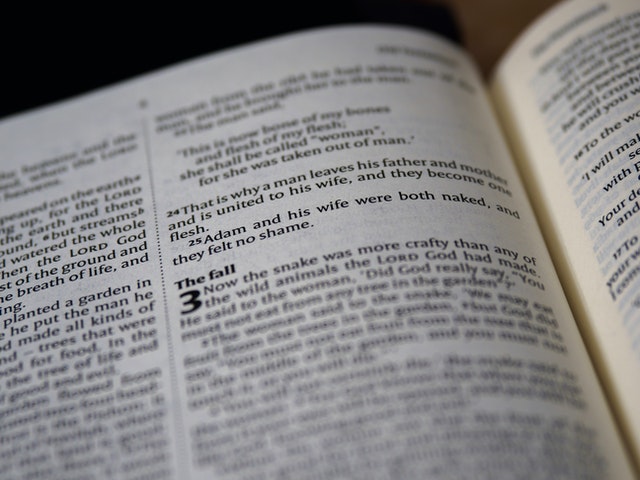 There is great validity in yearning for the promises of God to the saints in the Old Testament. These intemporal words of hope are well-suited for the New Covenant community just as they were for their original audience. Reading through the Scriptures of the OT gives us a sense of familiarity with the moral bankruptcy of its characters. The many quotes of OT Scripture in the New reinforce this awareness. Even so, what would be the necessity of the OT in understanding and interpreting the New? A few points are to be considered.

First, God does not leave the interpretation of Scripture to man but leads the student of the Word to the discovery of its content (2 Pet 1:20-21). It is therefore no surprise that part of the meaning of the NT text is distributed throughout the OT. The reference can be as obvious as in the words of Christ that no sign would be given the religious opposition other than the sign of Jonah (Matt 12:36; 16:4). Without any knowledge of the book of Jonah, the reader would miss much of the depth of the claim that Christ will escape the grave after three days just as Jonah escaped the watery and gastric grave. Less obvious is the designation of Christ as the Lamb of God (Gen 22:7-8; Exo 12:3-14; Isa 53:7; Joh 1:29, 36; 1 Cor 5:7; Rev 5:12; 7:9-10; 21:23; 22:3). One may understand Him to be a sacrificial offering yet miss God’s required characteristics of the lamb, such as being “without spot or wrinkle” denoting a sinless perfection; or such as the blood of the lamb used to either sprinkle the objects or people it is meant to cleanse or to brush on the doorpost of the household to shield them from the wrath of God.

Secondly, neglecting the context of Christ’s ancestry and birth would cast a shadow of doubt on His identity as God’s promised Messiah to the Jews, rendering unreliable our faith in Christ as the Redeemer. Galatians 3:16-17 points out that the promise made to Abraham in Genesis 22:18 endures through the Old Covenant and is fulfilled in Christ. The genealogy in Matthew 1:3-16 also authenticates Christ as the fulfilment of many OT prophecies, such as Jeremiah 23:5-6 and Micah 5:2.

Thirdly, Christ has to be born in the context of the Old Covenant to perform His redeeming work; and Galatians 4:4-5 testifies that “when the fullness of the time came, God sent forth His Son, born of a woman, born under the Law, so that He might redeem those who were under the Law, that we might receive the adoption as sons.” The necessity of a new covenant is birthed out of (1) the weakness of the first covenant to redeem mankind because of our sinfulness (Heb 8:7-8; 9:9,14; 10:1-4); (2) the need to redeem those under the first covenant (Heb 9:15); and (3) the requirement for a fitting sacrifice to cleanse heavenly things (Heb 9:23). Ignoring the OT condemns the faithful to fall prey to the same errors as the saints confronted by Paul in his epistles to both the Romans and the Galatians.

Fourthly, the Jewish Law in reference to Christ holds a prominent place in the relevance of the gospel since Christ did not come to abolish the Law but to fulfill it (Mat 5:17). The Law testifies of Christ by pinpointing the only One who perfectly satisfied its demands and by describing the beauty and glory of the person of Jesus Christ (Jn 5:36; Luk 24:27). If we don’t know the Old Testament, how would we know what was required of us? or what we failed to do to meet God’s requirements? or why it was necessary for Christ to come and give His life for us? or yet again what is the magnitude of Christ’s accomplishments for us? We would simply be burying our heads in the sand by overlooking the context and content of the Old Testament. We would be accepting the imputation of Christ’s righteousness to us but ignoring the nature and substance of said righteousness. Without the OT text we could hardly grasp the profusion of our transgression and the extent of His holiness.

Finally, in the epistle to the Romans, God calls us, the non-Jews, to great humility and wisdom when we consider the extension of His grace to all peoples (Rom 11:18-22). Neglecting the Old Testament is contrary to that spirit and evidence of forgetfulness in regard to grace. John 1:11 says that “He came to His own, and those who were His own did not receive Him.” We would be remiss if, reading such evidence of neglect of God’s Word and grace, we are found equally wanting of them.

Why Is Taking on the Role of a Servant for a Christian Leader so Difficult Yet so Necessary?