The 1879 Revival in the Margaree Valley Baptist Church (Part 1) 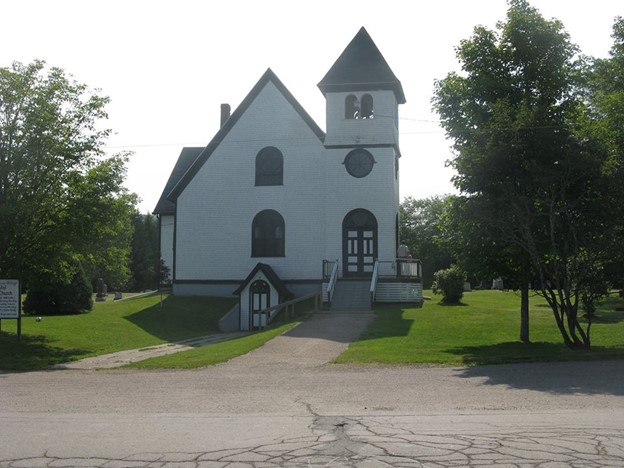 In this chapter I shall tell the story of my greatest discovery, and also give a sketch of one of the most remarkable revivals of religion of which I know.  You see I am as old-fashioned as Peter and Paul for I believe in conversion and revivals…

I was thirteen years of age when this moral revolution swept over North East Margaree and other parts of Cape Breton.  They called it a revival, though the term was new, seldom heard before in that country.

There were here and there a few critics, especially among the most irreligious, and also among the most conservative members of the churches.  As one expressed it: “I would sooner go to a madhouse than to a revival.”  My father, deeply religious as he was, while he indulged in no word of unfavorable criticism, nevertheless absented himself from the services during the opening week until he was assured that the preacher was safe and sane.

But while my father hesitated to express any opinion, nevertheless, he was broad-minded and did not object to his children going to the services.  He had his own strong convictions, but he never tried unduly to force his views upon his children.  He had family worship, taught us much of the Bible, had us commit to memory the Shorter Catechism, set us a wonderful example, and trusted that God in His own good times would lead us to grace.

The revival began in the Baptist Church, and the preacher was the Rev. P. R. Foster of Nova Scotia.  Mr. Foster was a total stranger on Cape Breton and he even dared to come to the Church without an invitation—a bold venture indeed.

This was how it happened: The preacher’s health had been impaired, and he was obliged to discontinue his ministry and resume his early trade as a carpenter.  One day while reading a religious paper and noticing that the church in Margaree was without a pastor, he said to his wife that he felt the Lord wanted him to go there and preach the gospel; but on account of his nervous condition Mrs. Foster dissuaded him. Months later, however, on noticing in the same paper that the Margaree church was still pastorless, the conviction seized him that this opportunity to serve was his call, so he said to his wife, “I must go.”  All her efforts to detain him were futile.  Away he went, taking the first train.  He sent a telegram requesting that they open the church for him to preach on the following Monday night, for he expected to arrive at noon of that day.

This was the strangest news of a religious nature that had ever come to the people of Margaree.  A meeting of the brethren was held, and after some discussion and hesitation it was decided to open the church.  “We shall hear him once,” they said, “and if he proves to be an unworthy minister we shall lock the church against him.”

Seven o’clock was the hour for the service.  It was in the early autumn, the business season with the farmers, for they were harvesting their grain, and no one had any desire to leave work undone and go to hear a stranger preach.

Mr. Foster arrived at noon, took dinner with Mr. George Tingley, who had charge of the choir in the church, after which he requested his host to accompany him that afternoon to the top of the Sugar Loaf mountain for, he said that he desired to get a view of the famous Margaree valley.  Sugar Loaf was four miles up the river, and from its lofty summit of 1,000 feet the visitor could see one of the finest sights in eastern Canada.

Together they went to the top of the mountain, and here is Mr. Tingley’s recital of that memorable experience: “I shall never forget that day.  ‘I must pray for the valley,’ said Mr. Foster, and instantly he dropped upon his knees.  And such a prayer.  It is too sacred to relate.  For more than an hour he prayed, first for the aged, just on the edge of the grave, then for the middle-aged, then for the children.  He labored like a man seeking to rescue the perishing from some overwhelming disaster.  The perspiration rolled over his face as he pleaded for the people in Margaree.  It was so solemn and sacred I moved away about one hundred feet so as not to disturb the man of God.  Finally he arose and said: ‘Come on Mr. Tingley, God has given me the valley,’ and Mr. Foster led the way down the mountain at a rapid pace, with the tread of a conqueror going forth to further conquest.”

The hour arrived and father consented to my going to the service.  The attendance was small, only about thirty persons, mostly composed of the deacons and their families.  But it proved to be a memorable hour in the history of that church.

The preacher entered and immediately went into the old-fashioned pulpit, high up against the wall, with its two winding stairways.  He opened the service on the minute, and conducted it in a most becoming manner.  His text was Isa. 21:11-12, “Watchman, what of the night?  The Watchman said: The morning cometh, and also the night: if ye will inquire, inquire ye: return, come.”

Mr. Foster was a man of striking appearance.  He stood as erect as a British Redcoat and looked like a true prophet of God, though some critics said he would pass for an actor, or a patent medicine man.  His forehead was intellectual, towering high over his twinkling grey eyes.  He wore a light brown beard of foxy tinge which fell in graceful waves down over his chest.  His shoulders were slender but square and hung on his back as if on swivels, and his arms were straight, tapering gracefully to his finger tips.  In every inch, movement and expression Mr. Foster was a man of ease, grace and action.

After giving his text its historical setting, he plunged into his discourse, emphasizing every point with eyes, head, hands and beard. Each successive climax was most touching and tender, almost overcoming the preacher himself. From beginning to

end his little audience was spell-bound.

The crisis was over for Mr. Foster and the deacons for both were on trial that night and the problem was happily solved for the Baptist Church. The impression made was so unusual that the congregation walked quietly from the building without speaking a word, but they gathered in little knots outside to express to each other their delight over the sermon.