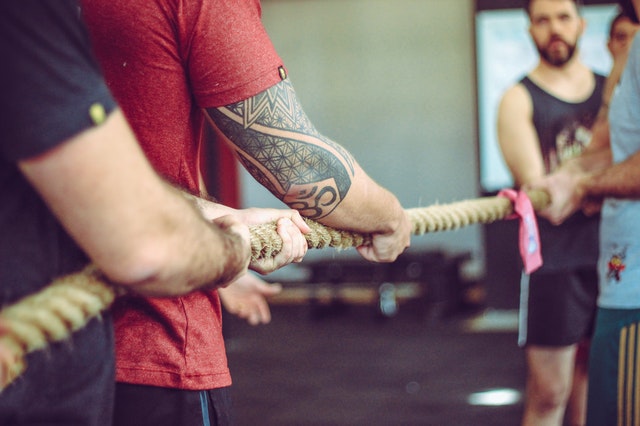 We are living in confusing times and there have been many voices calling us to always trust God and rest in Him (Psalm 62), to maintain unity through Christ in the bond of peace (John 17:20-23, Ephesians 4:1-3), and to keep the proclamation and modelling of the gospel the main thing while avoiding a myriad of distractions, pre, mid, and post-COVID (Matthew 28:16-20). These convictions are based solidly on God’s Word, and these voices ought to be listened to and followed as a clarion call amidst much confusion.

It may seem futile to add another voice to this cacophony of admonitions, especially when the environment into which they are speaking is increasingly filled with tension. This has frequently tended towards misreading motivations, breeding inherent misunderstanding due to hostile, polarizing tribalism, and towards mislabeling nuance as weakness and simplicity as courage.[1] Despite the seeming hopelessness of continuing to edify based on biblical convictions, we must ever trust in the God of hope (Romans 15:13) and lean even harder into Him, trusting that He has a plan and will do what only He can to redeem this current morass of division, and that He will do it in such a way that it will be unmistakable that He alone was responsible.

One particular area of division has been the almost incomprehensible way in which Romans 13:1-7 and Hebrews 10:25 have been used to develop previously unknown convictions. These passages that almost every theologian and pastor would have agreed on prior to the pandemic have suddenly been both infused with meaning previously undiscovered and simultaneously redefined in ways not before widely defended. Theological study thrives under pressure, and it has been generally the case that the church has studied, defined, and defended orthodoxy when it has come under attack. There are two notable differences with the current discussion (debate), however.

First, orthodoxy is not under attack from the health regulations.[2] The way in which the church normally gathers has been restricted in different ways and for different lengths of time, but the reality of the church as a gathered people has not been denied. To further clarify, the type of gathering has been temporarily changed, but there has not been an attack against the church gathering at all,[3] certainly not permanently, nor has there been anything to suggest that the church will not legally gather ever again as it once did, despite the fear mongering of some. Most arguments against the temporary change in gathering sizes have come from areas outside the realm of Scripture and thus betrays the fact that this is not a matter of orthodoxy but something else.

Second, when actual attacks against orthodoxy have come throughout church history, they drove Christians deeper into the Word of God and the God of the Word. Unfortunately, much of the energy of both sides of the seemingly endless debates have been spent combing through the Charter of Rights and Freedoms rather than Scripture, epidemiology charts and graphs instead of the Bible, and articles written from “their side” instead of the Word. So, with some trepidation, I offer the following brief thoughts from the test case of Daniel.[4]

We are, or ought to be, people of truth. The stability of knowing the Word of God and the God of the Word ought to carry us through any storm and drive us to know Him and His Word ever deeper. Where this crisis has caused us to cling to God, we ought to rejoice as Daniel did on at least two separate occasions, one in his teens and one at around 80 years old. In both - his hesitancy to eat food prepared in an unknown way and his consistency in prayer - he had a clear conviction, based firmly on the Word of God, that pre-existed the crisis that challenged it. When conflict tested his trust, he stayed anchored to God and emerged each time more convinced of His faithfulness. What we should be wary of is the emergence of previously non-existent convictions, new understandings of God and His Word. These have not been anchors for our soul but instead constitute untested ways of thinking and believing, so rather than our perspective of the situation being impacted by longstanding biblical convictions, our “convictions” become molded by the situation which leads to an unbiblical perspective.

Our convictions can be held wrongly if they are more about our glory than God’s. Daniel was not arrogant in the practice of his convictions but displayed great humility and grace in his conversations with lesser and greater magistrates alike. He did not twist his convictions for personal gain or glory and was not defiant in his exercise of them. Even when his convictions brought unwanted consequences, he gently submitted to those consequences while simultaneously standing firm upon his convictions. As Paul admonishes us in Ephesians 4:15, he spoke the truth in love and we ought to do the same.

Our conviction is that God is graciously sovereign over all things and that He will never leave us nor forsake us. We are convinced that He has a plan for all things and that all things are by His graciously sovereign hand making us more like Jesus Christ. We stand on the truth that the gospel is of first importance, that it is the power of God for salvation, that we must proclaim it until Jesus returns, that the gates of hell will not prevail against it, and that one day all things will be made new and we will be like Him because we will see Him as He is. May the things that united us before this global pandemic continue to do so, and may we stand together declaring that God is a God of redemption, reconciliation, and hope.

[1] Nuance can certainly be a disguise for cowardice and declaring and standing on simplicity may indeed be brave, but rarely if ever is either of them inherently or irrevocably one or the other.

[2] I understand this is precisely the area of debate for many, but we ought to make a distinction between a restriction aimed exclusively at restricting churches gathering because of the beliefs practiced and a general restriction of large indoor gatherings regardless of its nature due to the reality of the COVID-19 virus. To my knowledge it has not been shown that any government official in Canada has directly challenged the reality of the church gathering as foundationally problematic but simply that indoor meetings of a certain size ought to be temporarily suspended across the board.

[3] There have been numerous stories of creative pastors finding ways, through multiple services, on multiple days of the week, for the church to gather. Even during the heaviest lock downs, with the possible exception of the early days of COVID-19 (which everyone complied with), small gatherings could and were taking place.

[4] For a fuller presentation on this topic please view “A Biblical Theology of Civil Obedience”- https://www.youtube.com/watch?v=YfcveVKP50E&t=3394s.